Tonight, Tuesday 21 September, this year’s winners at the Nordisk Panorama Film Festival 2021 have been announced! The award ceremony was held at Malmö City Hall with all the winning directors present. Please contact us for interviews.

Of the total of 62 nominated Nordic short and documentary films, the jury members have chosen and the audience have voted for winners in five competition sections. See the full list of this year’s winners below. 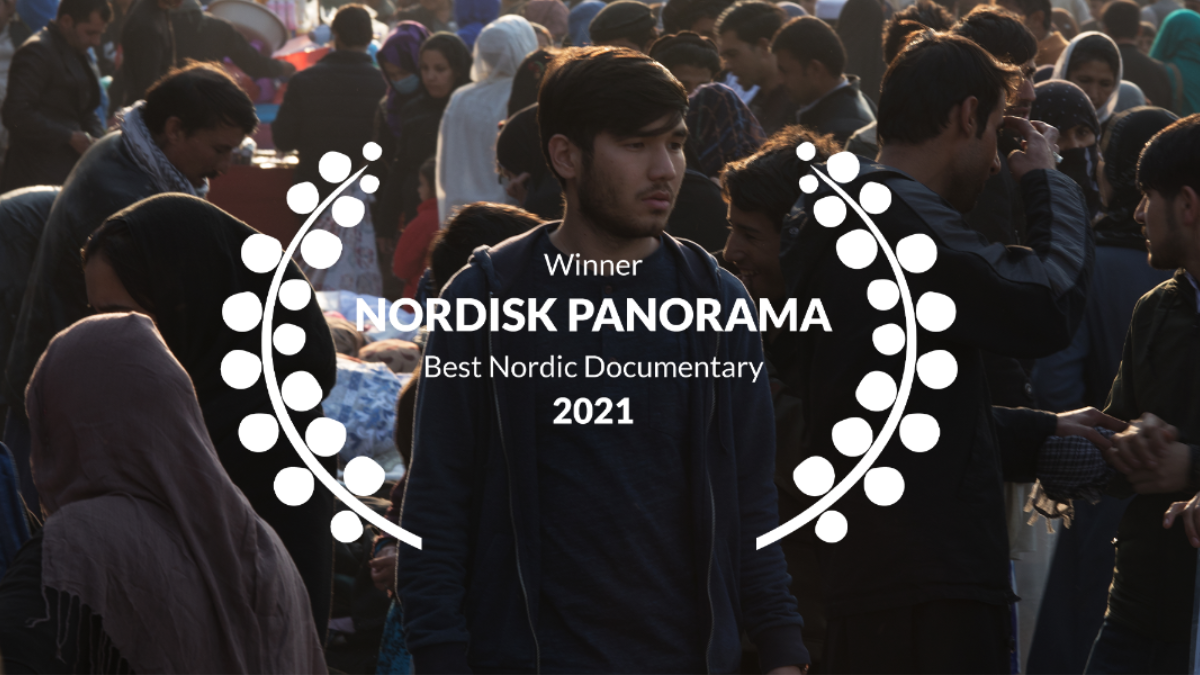 Motivation
Through an intimate, confident and captivating camera, this film extends one’s understanding of an urgent topic. This is a fearless, beautifully observed and finely crafted film that traces a painful odyssey that is rarely seen. The award for Best Nordic Documentary goes to a filmmaker with a unique voice and vision – Yasaman Sharifmanesh for Aboli’s Journey.

About the Award
The Best Nordic Documentary Award is presented to one of the 14 films selected for the competition. The award goes to the director of the winning film.

The cash award of 11.000€ is sponsored by the Nordic public broadcasters DR, NRK, RUV, SVT and YLE. 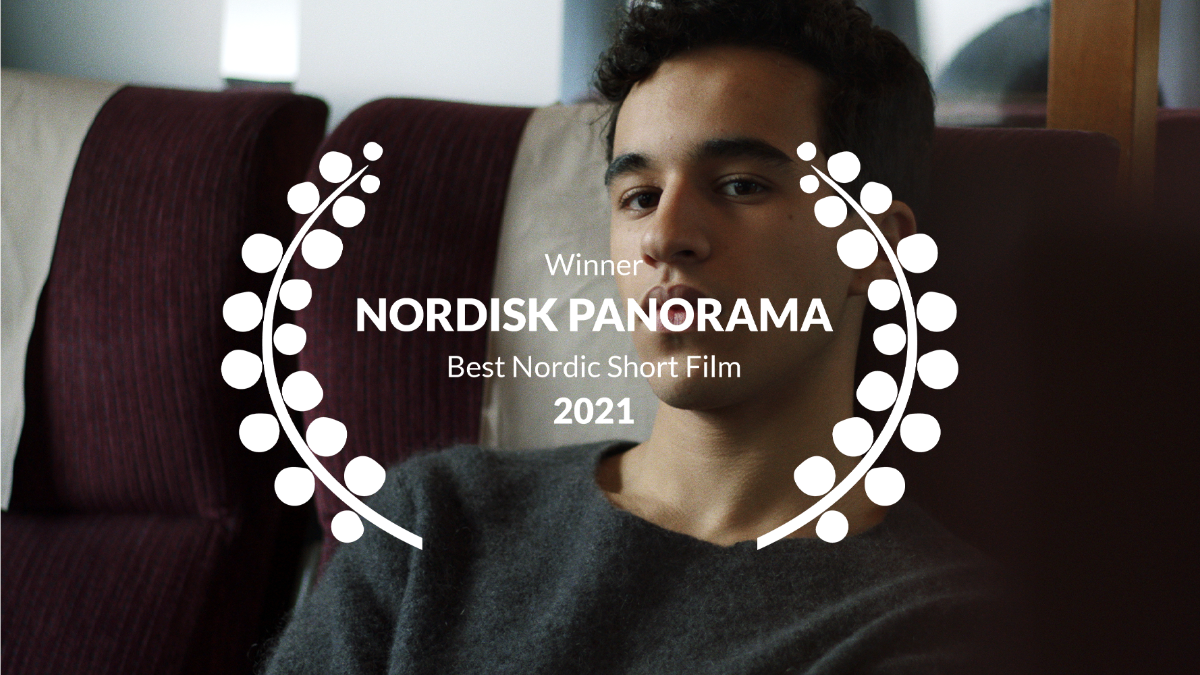 Motivation
The Best Nordic Short Film Award goes to a film that takes us on a journey and makes so much out of seemingly little. It uses the limitations of space, time, and words to create a captivating tension that makes us hold our breaths while we can almost feel the heartbeats of the brilliant protagonists. The elegant directing pays great attention to looks, gestures and every detail – and the amazing sound design is the icing on the cake (or the juice in the orange). The Best Nordic Short Film Award goes to The Night Train by Jerry Carlsson. 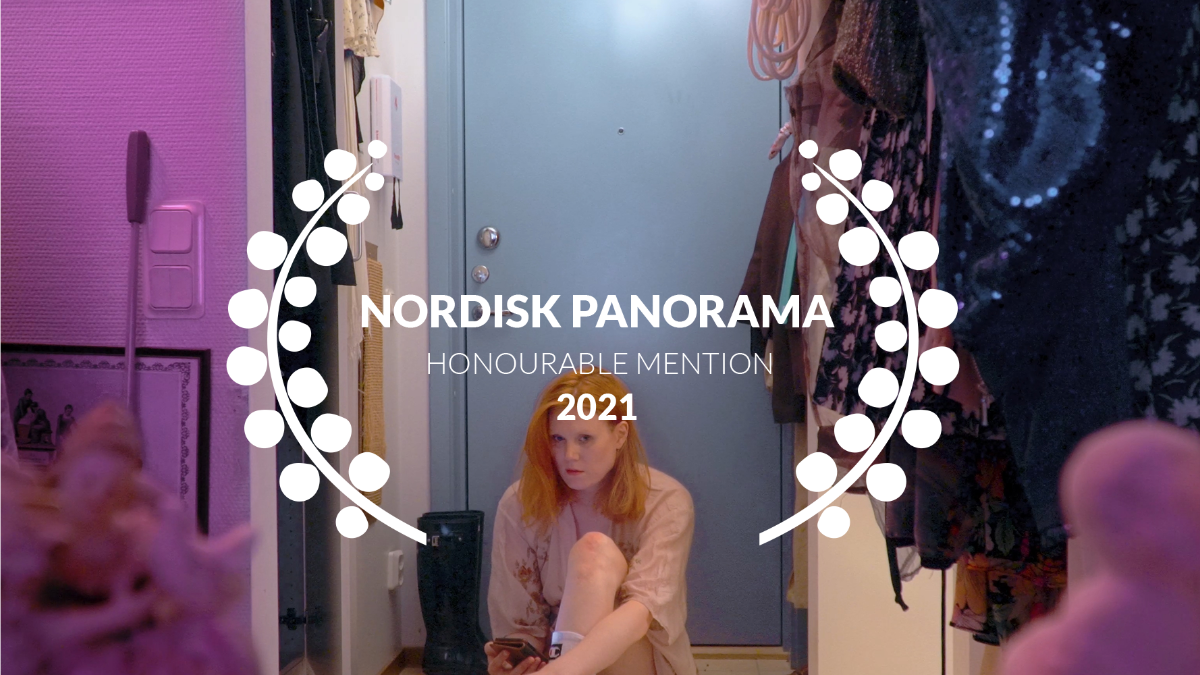 Nights and Days in July, (Nätter och dagar i juli)

We are happy to give an honorable mention to a film that has made a lasting impression on us. For its brave and sensitive portrayal of a world between longing and loneliness, the Special Mention goes to Nights and Days in July by Jana Bringlöv Ekspong.

About the Award
The Best Nordic Short Film Award is presented to one of the 19 films in the competition. The Award goes to the director(s) of the winning film. The prize-winning film will qualify for consideration in the Short Film Category of the Annual Academy Awards. 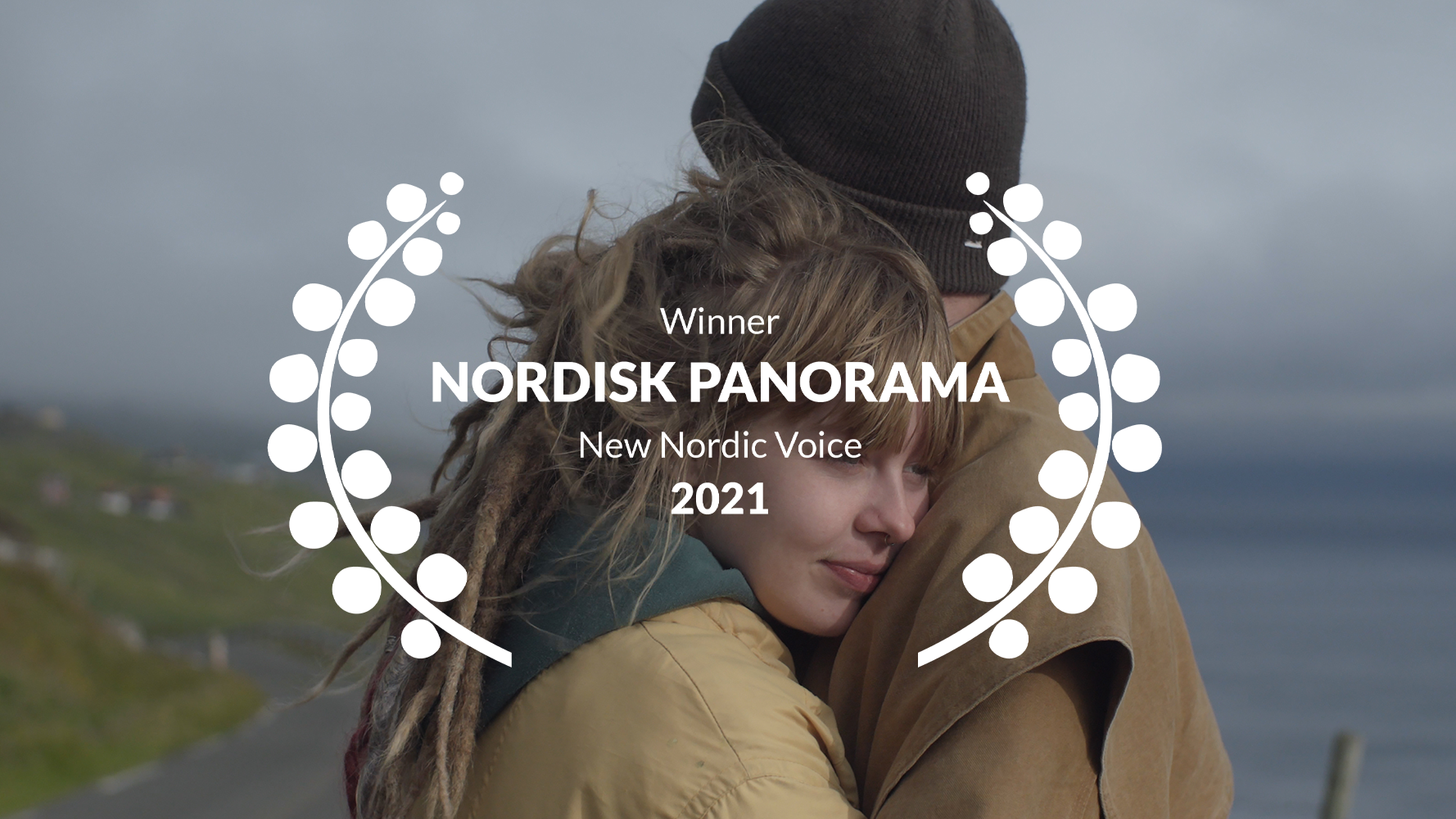 Motivation
The winning film is excellent – simply full of beautiful moments between two young people, who express themselves through music and poetry. The cinematography includes the landscapes. It is truly the purest expression of a cinematic idea, with a clear vision on the directors’ part. It has a respect for the society it depicts. It has a wonderful spirit of freedom and love. The winner is… Skál by Cecilie Debell & Maria Tórgarð. 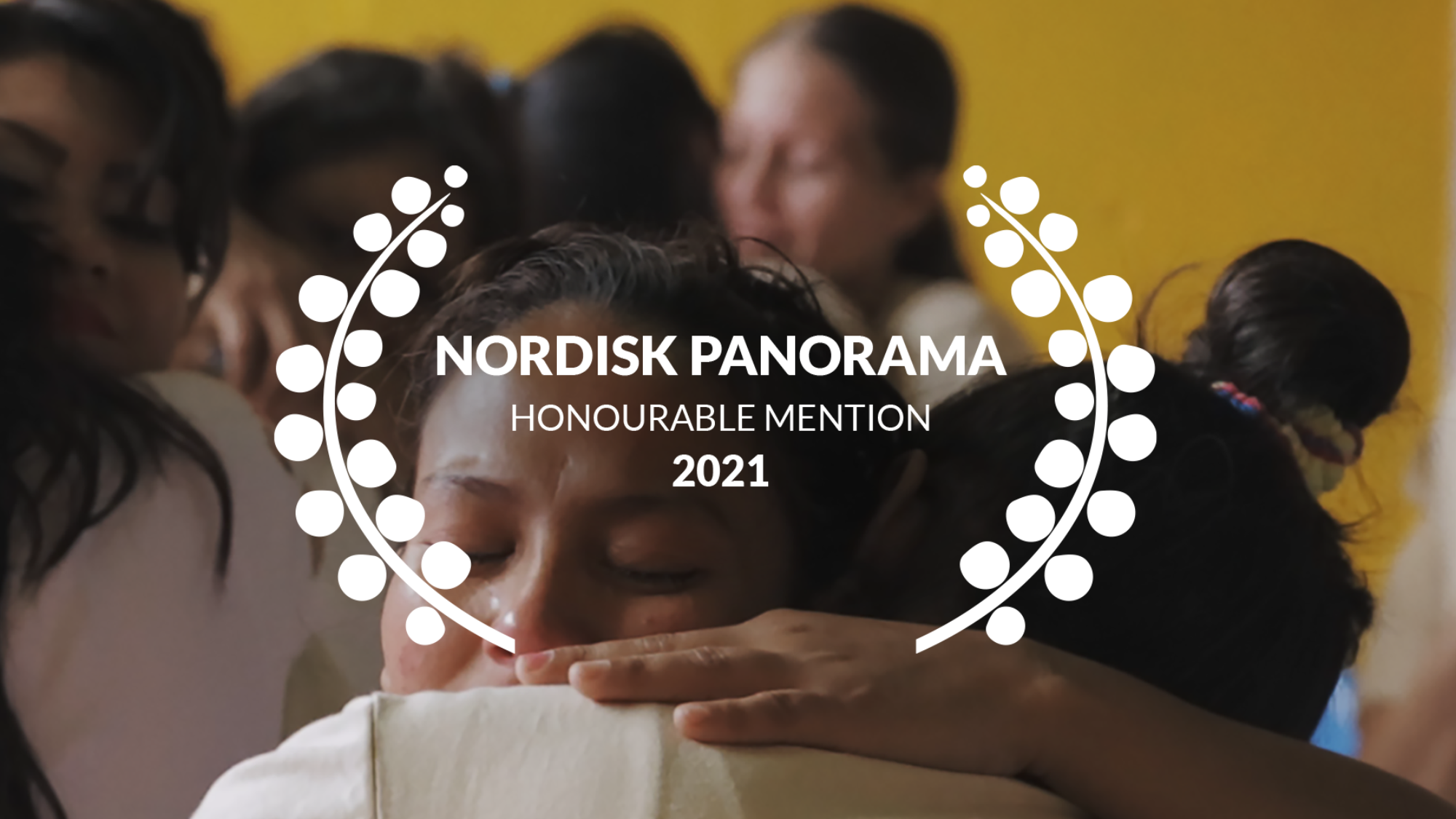 Motivation
The power of the documentary film. This film documents the media coverage of unbelievable social conditions for women in a poor country far away from the Nordic countries. The film makes the audience meet a powerful woman – and her family – who comes out from prison to freedom and continues a fight for women’s rights. The jury gives with pleasure a special mention to…  Fly So Far by Celina Escher. 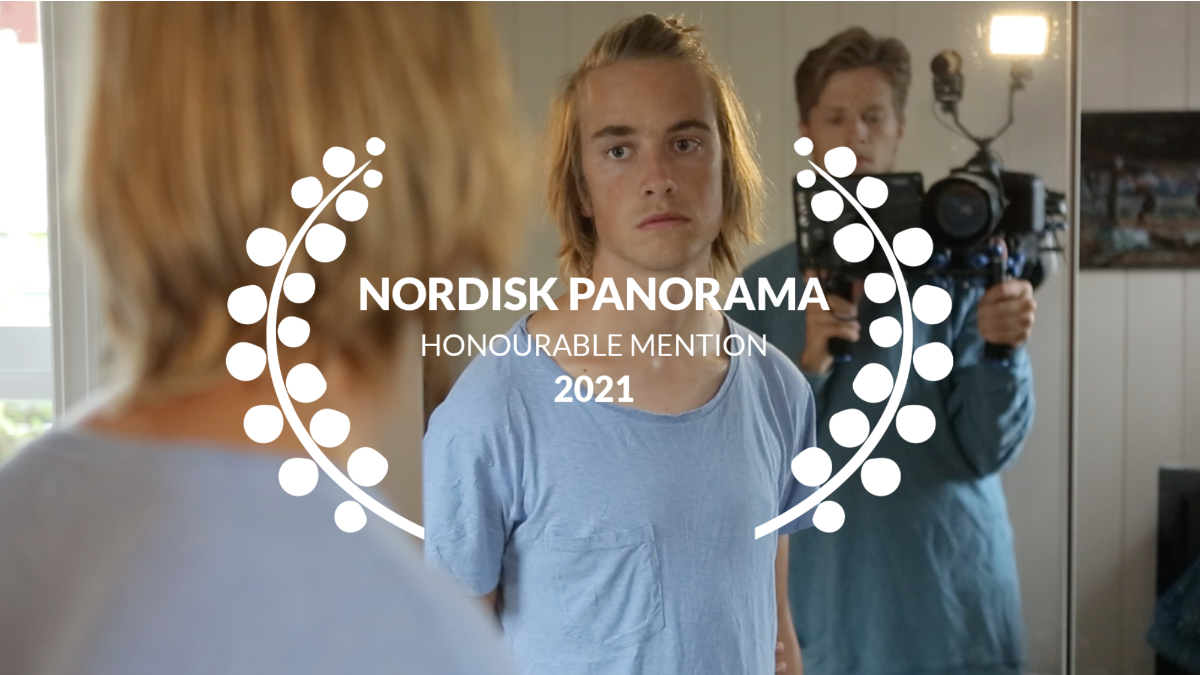 Here we go… a film full of energy and surprises. A film where the two brave protagonists involve themselves totally in an innovative narrative. It’s raw, touching, charming, and full of humour. It is an inspiration for new documentary voices, and brings forward the issue of the responsibility of those who are filming towards those who are filmed. The jury gives with pleasure a special mention to… Young and Afraid by Sverre Kvamme & Petter Aaberg.

About the Award
The New Nordic Voice competition introduces promising Nordic filmmakers. Their work has not previously been screened in the Nordisk Panorama Film Festival competition programme, and the 20 selected films are among the first releases by the filmmaker. 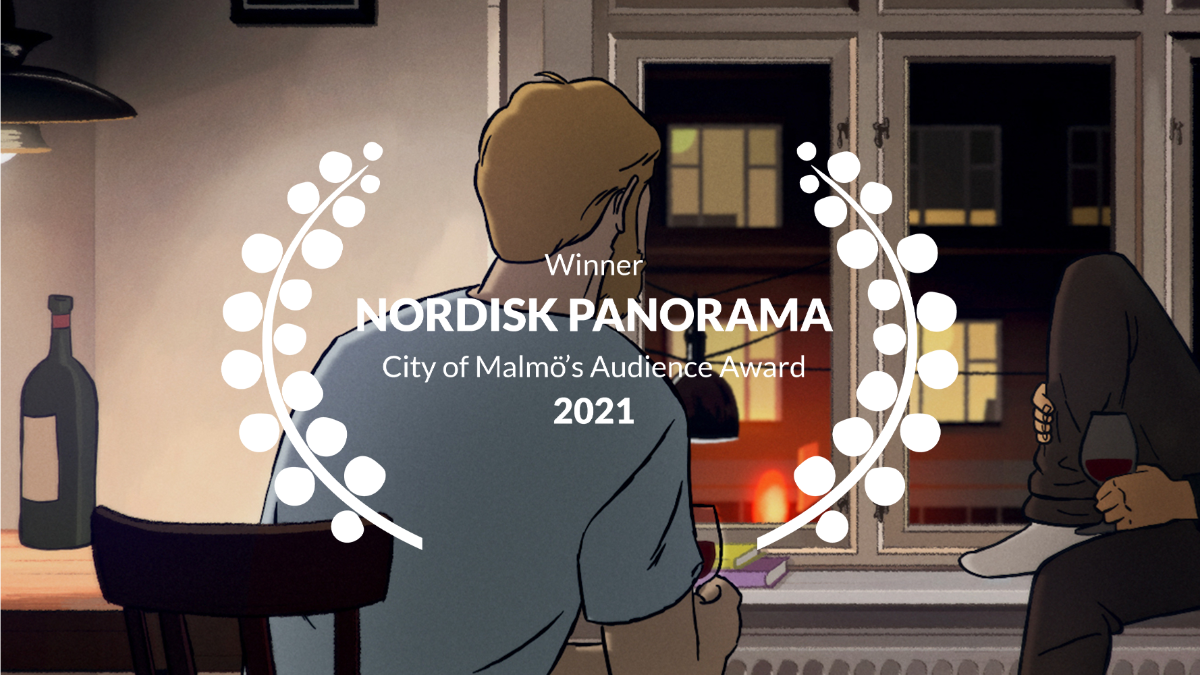 About the Award
All selected films are also competing for the City of Malmö’s Audience Award. To recieve the City of Malmö’s Audience Award at Nordisk Panorama Film Festival, is among the finest appreciations a filmmaker can get. The audience can vote for any of the Nordic short films and documentaries competing in the main competition programmes.

The cash award of 2.500€ is sponsored by the City of Malmö 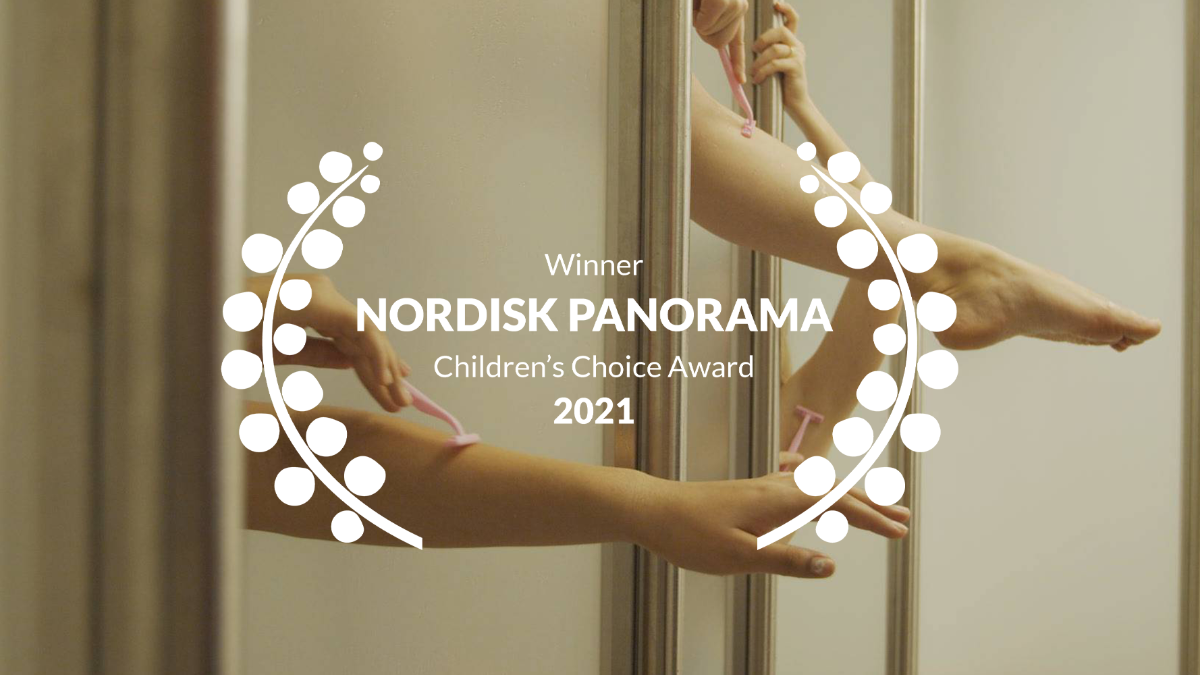 About the Award
The eleven films in the Young Nordic programme compete for the love of our most critical audience. We ask the youngest viewers to tell us which film they like the best, and award the winner with the Children’s Choice Award.

The cash award of 1.500€ is sponsored by Nordisk Panorama Film Festival.

This website uses cookies to improve your experience while you navigate through the website. Out of these, the cookies that are categorized as necessary are stored on your browser as they are essential for the working of basic functionalities of the website. We also use third-party cookies that help us analyze and understand how you use this website. These cookies will be stored in your browser only with your consent. You also have the option to opt-out of these cookies. But opting out of some of these cookies may affect your browsing experience.
Necessary Always Enabled
Necessary cookies are absolutely essential for the website to function properly. This category only includes cookies that ensures basic functionalities and security features of the website. These cookies do not store any personal information.
Non-necessary
Any cookies that may not be particularly necessary for the website to function and is used specifically to collect user personal data via analytics, ads, other embedded contents are termed as non-necessary cookies. It is mandatory to procure user consent prior to running these cookies on your website.
SAVE & ACCEPT
menu